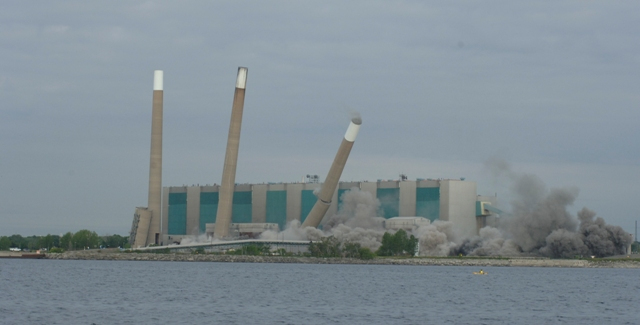 Working in collaboration with 15 health organizations from across Canada, CAPE made a formal submission to one of the four Federal/Provincial Working Groups that is collecting ideas to create the Climate Action Plan that will meet Canada’s obligations to the Paris Agreement on Climate Change.

The submission, co-signed by organizations such as Heart and Stroke Foundation, The Canadian Lung Association, the Asthma Society of Canada, and the Canadian Public Health Association, calls for the closure of all coal-fired power plants in Canada by 2025.  Our reasons are three-fold:

Coal-fired power plants are one of the most significant emitters of greenhouse gases (GHGs) on a global scale.  They are responsible 43% of greenhouse gases from all energy-related activities (IEA, 2015).  The International Energy Agency has identified the closure of coal-fired power plants as one of the five climate policies essential to international success on climate change (IEA, 2015).

In 2005, Ontario’s six coal plants were estimated to be responsible for more than 600 premature deaths, 900 hospital admissions, and 1000 emergency room visits in Ontario each year (OMOE, 2005).  These health impacts were valued at $4.4 billion per year (OMOE, 2005).  In 2013, the six coal-fired power plants in Alberta were estimated to be responsible for approximately 100 premature deaths, 80 hospital admissions, 700 emergency room visits, and 4,800 asthma symptom days.  These health impacts have been valued at approximately $300 million per year or $3 billion over a 10-year period (Pembina 2013).

By closing the remaining coal-fired power plants in Canada, we can help protect the cognitive development of our children, reduce health and social service expenses associated with neuro-developmental health impacts, and reclaim fish as a high-quality protein source that is available as a traditional food source or economic resource.

Coal-fired power plants are a major source of mercury; a persistent toxic substance that accumulates in the aquatic food chain (CCME, 2005). Prenatal and early life exposure to mercury, resulting from the consumption of mercury-contaminated fish, has been linked to adverse developmental impacts such as reductions in cognitive abilities and motor skills (CCME, 2005).  Researchers have attributed 3.2% of intellectual disability cases in the United States to mercury exposure and valued these excess cases at $2.0 billion per year (Trasande et al., 2006).  Women of childbearing age, pregnant women, children, and populations that depend on fish as a traditional food source, are at greatest risk from mercury (CCME, 2005).

In 2014, nearly 2,400 kilograms of mercury were emitted into the air from 269 sources across Canada (ECCC, 2014).  Coal-fired power plants were the single largest source of those emissions; responsible for nearly 35% of mercury emissions nationally (ECCC, 2014).  Two of the plants operating in Saskatchewan were the two highest emitters in the country; responsible for approximately 16% of all mercury released across Canada (ECCC, 2014).

The submission from CAPE and its partners can be viewed here.

The press release is available here.